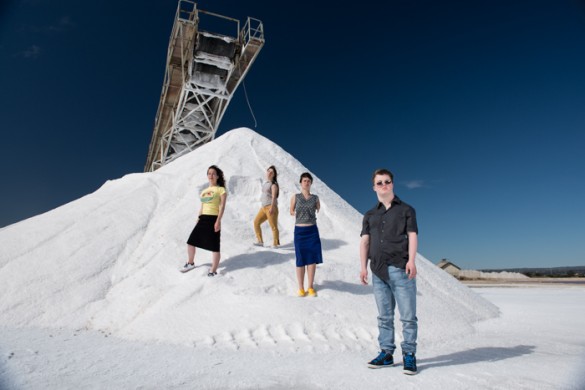 Salt is a theme and an idea I have had on the creative backburner for at least ten years, but as a far as I am concerned my relationship with salt goes back to my childhood.

If salt was spilt in the table my mother had to throw it over her shoulder superstitiously. My father drummed into me that I needed to be ‘worth my weight in salt’. Like all kids, I thought they were mad as I wondered where all that salt went after it was tossed into the shag pile carpet behind her, let alone imagining how many bags of salt I would be worth.

After sharing an amazing two-day workshop in early 2011 with Restless dancers, what I was most struck by was ‘the amount of salt that was in the room’. These performers were worth far more than what they weighed. They simply did not hold back, they were hungry, took risks, were courageous and best of all, they were mountains. It was at this point that I knew that Salt would have to be their show and a journey for, about and with them.

Sharing time creating and devising SALT with Restless has been exhilarating, challenging, and, above all, enriching. I feel that I have been able to challenge the performers to work at a high level both physically and artistically. My greatest satisfaction is seeing them rise to meet these challenges head-on, and to know that their futures as creators/choreographers have been seeded with some extra creative tools and experiences, which will further inform their work.

SALT premieres in Adelaide at the Odeon Theatre on the 17th of January 2014. Click here to go to the event page. 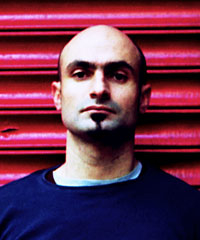 Rob is artistic director of Organización Efimera, a Spanish-based Circus Company and has worked as a director/choreographer/fight director/acrobatic director/and performer in circus, dance, musicals, large scale events, site specific theatre, films and commercials all about the globe over the past twenty years.