Bryony Kimmings, one of the performers in the Adelaide Fringe show Fake it till you Make it blogs about her partner’s depression, how they deal with it as a couple and how they’re speaking out about it to break down stigma.

Eight years ago my partner Tim began to feel a gentle sadness creeping in. Twenty three and carefree, he put it down to just a ‘bad day’. But it kept growing. Anger began: a spiralling list of repeated questions lodged itself in his brain that he couldn’t quite stop. A loss of appetite appeared, he felt exhausted all the time. He was unaware of the connection of these things, and he buried it.

When asked now, he said he would never have thought of going to the doctor, or turning to a friend. These were the early signs of depression for Tim. Ignoring them led to him slipping into a very severe episode.

He then kept it a secret for over seven years.

Poor mental health will affect one in four of us. Depression is the one I know most about. It helps me to think of depression as a cancer of the thoughts. It evolves into new and unexpected trickery just as you get your head round it, tripping you up at every turn. It’s the stuff of nightmares isn’t it? A few times since this first dark time, Tim’s life has been at stake. My bright, sparky, funny, confident, healthy husband-to-be finds himself a teary, muddled mess.

And yet he hid it. From his work, from his best friends, from every girlfriend before me, from himself a lot of the time. He took his pills, he dealt with the slumps and he tried to forget he was ill. He tried to come off tablets, he fell back into the blackness, he went back on them again, repeat, repeat. All on his own.

He says now he felt like it made him ‘less of a man’. It was only me finding his pills after he moved in to my flat (and recognising them from a family member’s medication) that allowed me to crawl under that armour he wore so well, and try my best to support him as he gently and slowly took it off.

The reason I am writing this down is because over the past year my lovely Tim has come to believe that not talking about mental health makes the problem a LOT worse. Silence not only risks his own mental health, but also denies others an education from his experience. And that might be just as important.

Once he began talking to people, we were both amazed by how many others in our circles were also affected. Sometimes the conversations have come at such important moments, I can honestly say he may have saved a life.

And now Tim has left his decent job in advertising to make a show with me, his performance artist girlfriend. Our show is about Tim’s experiences of clinical depression. It is about how we deal with it as a couple. It is about how gender is a spectrum, and bringing up boys to not cry helps no-one.

Tim told me recently that he feels like if us making our show saves just one person before they reach rock bottom then all the soul searching, learning dance routines and being a poor artist will be worth it. But I think there’s even more to be gained from the amazing potential of the work and him, as a non-performer, being on the stage. I think that when a man like Tim gets on a stage and tells 250 strangers that he cries into his pillow some days, it can unlock something. A taboo explodes and in its wake the pathway of possibility appears.

I just hope this blog post makes a few people look at the men that surround them and wonder – are they keeping their feelings silent? Or for someone to talk just that bit more about their experiences, and help others understand.

Fake it till you Make it is presented by Theatre Works at the Royal Croquet Club until Sunday 15 March 2015. Tickets are available from FringeTIX. The Adelaide Festival of Arts is proud to be considered a national leader in arts accessibility. This year it is introducing a new access initiative: a relaxed performance during the season of theatre show Beauty and the Beast.

One of the stars of the show is Mat Fraser. He’s one of the UK’s best known disabled performers, and is a multi-disciplinary performing artist, actor, writer, and musician. He has played drums with Coldplay and is currently starring in the TV series American Horror Story. Together with his wife and co-star Julie Atlas Muz, they have created many successful, funny and risqué shows – you might have seen them at the Adelaide Fringe before. This is their first appearance at the Adelaide Festival of Arts.

What is the show about?
You might be familiar with the fairytale Beauty and the Beast, but this show goes one step further and combines the classic story with the real-life love story of Mat and Julie, an American burlesque star and former Miss Exotic World winner. Together the two bare everything (literally!) to reveal all that is both beautiful and beastly about love, as they share their true love story of the beauty queen and a natural born freak.

Wait. That doesn’t sound like Disney!
You’re right. This show is strictly for adults aged 18+. There’s full frontal nudity and sex scenes on stage. But the show is also heart-warming, magical and a LOT of fun. We encourage you to see it. 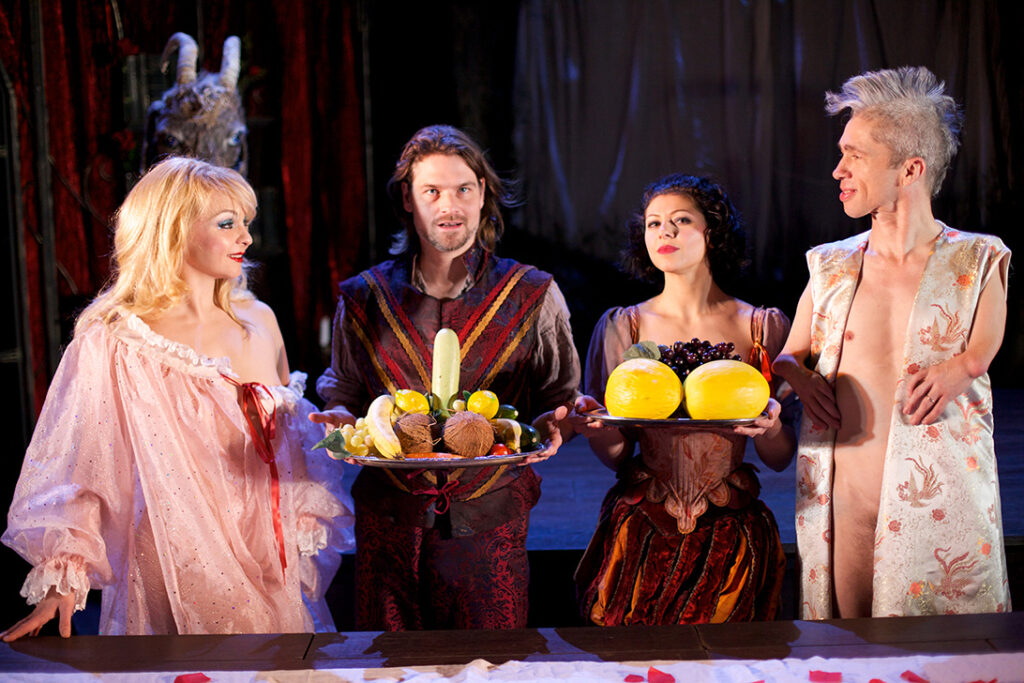 What does the Adelaide Festival Artistic Director have to say about the show?
Artistic Director David Sefton says: “It’s outrageous, it’s hilarious, it’s quite poignant. It’s very beautiful, a very visual style of theatre. It’s an amazing show! There won’t be anything else like it on a stage in Australia next year.” (Contact the Adelaide Festival for a transcript of this video).

And what do the critics say?

A treat to be part of this theatrical sorcery. NEW YORK TIMES

Raucous one moment, whip-sharp the next – this is a show that doesn’t miss a trick. Beautiful, beastly brilliance. THE TELEGRAPH

So what is a relaxed performance?
Relaxed performances are specifically designed for people who benefit from a more relaxed environment, including people with an Autism Spectrum Condition, sensory and communication disorders, or a learning disability. There is a relaxed attitude to noise and movement among the audience and some small changes made to the light and sound effects. Audience members can enter and exit the venue throughout the show.

The relaxed performance for Beauty and the Beast is on Saturday 14March, 2.30pm at the Dunstan Playhouse, Adelaide Festival Centre. There will also be a post-show Q&A with the cast in the venue.

In what other ways is Beauty and the Beast accessible?
On Sun 15 Mar at 5pm there is an Auslan interpreted and audio described performance. There will be a Touch tour at 4pm before this show.

The venue is wheelchair accessible and there is a hearing loop installed.

If you quote the word BEAUTY when you book for Beauty and the Beast, you can get $15 tickets online at adelaidefestival.com.au or by calling BASS on 131 246. Companion Card holders can also get a free second ticket. 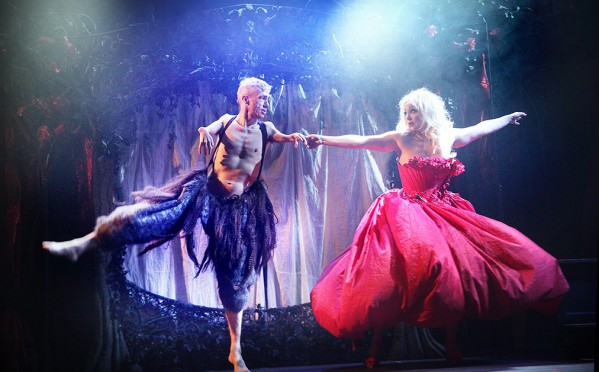 We encourage you to download a copy of the Adelaide Festival Access Guide (http://www.adelaidefestival.com.au/2015/access ) to find out more about Auslan interpreted and audio described events, along with other information about venue accessibility and how to book tickets. See you at the festival!